Jeff sent word to me that there was a recent UFO sighting over Mt. Baker, Washington State and there was a video associated with it. The sighting he referenced was from this report by Roger Marsh, Triangle UFO made rapid descent off mount baker. The article makes no reference to video of photographic evidence.

I made a quick search for Mt. Baker UFO sightings with video and there appears to be several over the past decade. Of the three that I found on YouTube, only one looks genuine. I won’t bother even posting the links of the two that look sketchy to delusional. But this one definitely raises questions.

Video by Not Of This Earth.

Edit: Appears the video has been taken down in less than a week of posting this article. 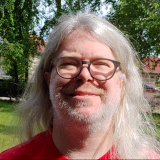 The Webmaster is one of Jeff Karvaneks long time friends and helps make this site possible for Jeff.